For Aaron's birthday I made a new bean bag cover as a square seat(poof) rather than the traditional bean bag shape. His bean bag has been redone a few times as the beans get old and tired. This will now be the third style and I think we are onto a winner. 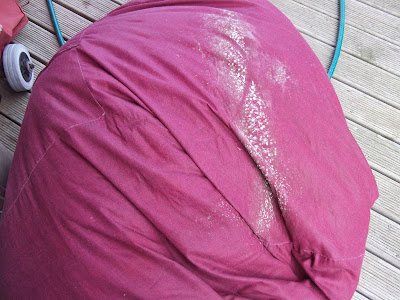 yucky yucky yuck. I pulled the bean bag from behind the sofa and all I saw was yucky mould, manky tired bean bag. 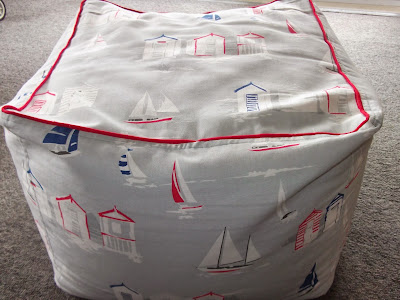 So I made a cube bean bag. It works as a footstool when sitting on the sofa. It is a great seat to sit on and Xbox. It is clean!!! 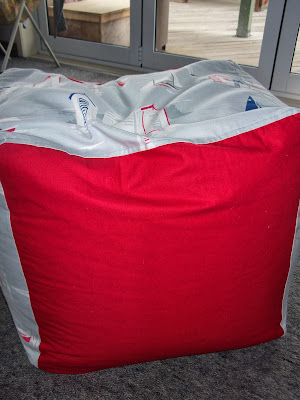 I made one side straight red, just for a change if you want. 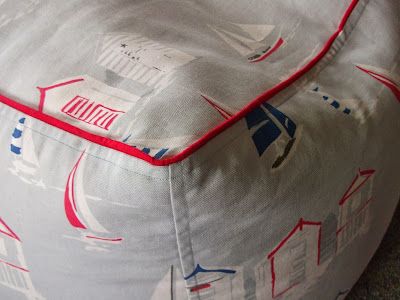 I was impressed with myself as I have only ever put piping into something and that was before Jakob was born - 11years ago! So I made the piping myself using the red material from the feature side and some cord I had hanging around. It sat really well when sewing and I am thrilled with the result.

The only thing that is still a mess is the garage where I swapped the beans from one bag to the other. There are A LOT of little polystyrene balls floating around our garage. It was not an easy task!

I link to these places

Thanks so much for stopping by. I love that you took time out to comment on my blog.